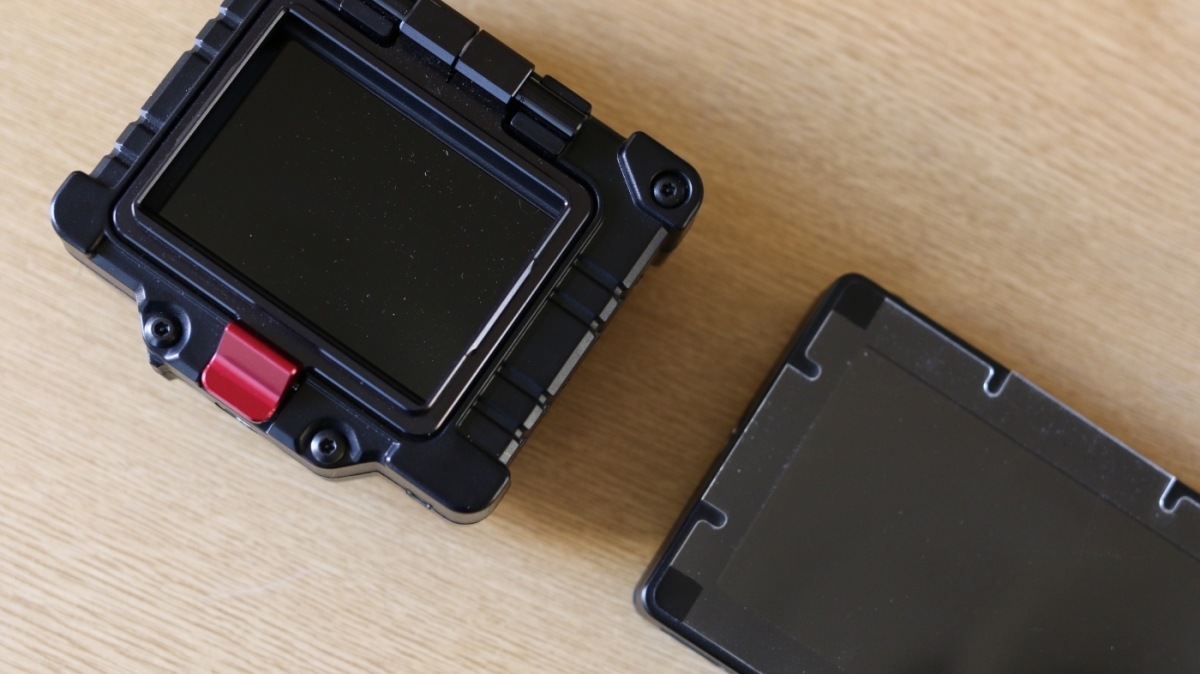 While the screens on most DLSRs are actually pretty good, they can quicky become hard to gauge in harsh sunsight, and they lack many of the features that can make focus and exposure easier. In comes the EVF or Electronic ViewFinder: a small monitor paired with a loupe that can help you block sunlight, focus on the image and provides you with tools like focus peaking and exposure assist. Time for a shootout between the two most popular EVFs for DSLRs: The Zacuto EVF Pro and the SmallHD DP4. 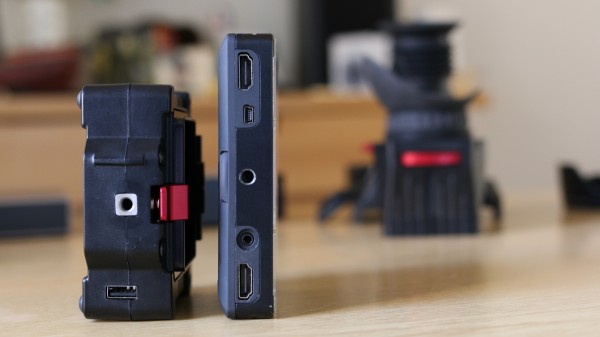 Zacuto (left) vs SmallHD (right), who will win this Epic fight?

Both EVFs are very well built: the Zacuto looks like a barcode scanner from outer space and the SmallHD looks like a cleanly designed high quality monitor. The SmallHD comes with a replacable screen-protector, which the Zacuto does not have. This makes the Zacuto a bit more vulnerable to scratches. The Zacuto's screen is more recessed though, and comes with a protective cap for transport.

Connectivity-wise they both feature large HDMI-in and HDMI-passthrough-sockets as well as a usb-port for firmware updates. The SmallHD also has a composite-in port and a headphone port. The SmallHD has plenty of mounting-points (one at the bottom and two on the sides) whereas the Zacuto only has one mounting-thread at the bottom of the device.

Both monitors have the same 800 x 400 resolution, but the SmallHD spreads this resolution over a much larger area (4.3 inch vs 3.2 on the Zacuto). And while you might think bigger means better to see, I actually found it much easier to judge focus on the Zacuto. The image just looks sharper on the Zacuto, because the pixels are closer to one another.

Another weak point of the SmallHD is that the colors and exposure do not match the color and exposure of what you record. This is a major headache when trying to use the monitor for what it was meant to do: judging exposure and color. The Zacuto on the other hand seems to perfectly reproduce what is being recorded.

The image on the SmallHD is much brighter than what is actually recorded, and has different colors.

Feature-wise the Zacuto to me has the edge: it has a much more subtle focus-peaking feature, whereas on the SmallHD the peaking alters the image and exposure a lot. I would only use the SmallHD's peaking before I start recording, while on the Zacuto I can leave it on all the time. For judging exposure, the SmallHD only has a false color feature, no zebras. This is a real omission, because it's a feature I use all the time on the Zacuto, especially when shooting flat.

To me it seems like the philosophy of the SmallHD is more to be used on a tripod, where you have hands free to toggle between settings while recording, whereas on the Zacuto you can leave on peaking and zebras without tose features distracting you from framing, focus or setting exposure.

This, to me is what really differentiates these two EVFs from one another: the Zacuto has a nice, solid loupe with a great eyecup (even for people wearing glasses like me), and the SmallHD's loupe is a heavy and unwieldy horn stacked onto a slim monitor. I found the SmallHD too big and the eyecup too uncomfortable to be used as an EVF, frankly. 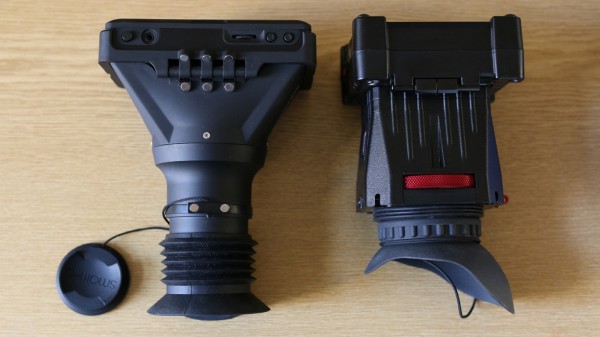 The SmallHD is quite heavy and unwieldy with the loupe-attachment

If you're looking for a small and portable EVF, go for the Zacuto, if a fieldmonitor is what you need, get the SmallHD (without the loupe attachment).