Let me start off by saying that I haven't had so much fun shooting with a camera in a long time. Working with the A7s gave me that feeling of excitement I had when I first bought the Canon 550D almost 5 years ago. The feeling of limitless possibilities and just plain joy about the image quality you get. I'm spoiling the conclusion here: the A7s is easily the nicest camera I've ever worked with. There, I said it.

The A7s is a full frame mirrorless camera that features a 12 megapixel sensor. The great advantage of this low megapixel count is that individual pixels are much larger, and therefore gathering much more light. This brings us to the A7s's biggest selling point: its low light capabilities. This camera can see much more than the human eye can see, while keeping noise-levels perfectly in check. This is an amazingly freeing feature of the camera: you can create beautiful images in hardly lit places. This is something documentary-, astrology- and music-shooters will thoroughly enjoy. One can only applaud Sony for going against the status quo of more megapixels in every camera, and it really paid off, especially for video.

Another advantage of the low pixel count is that the camera doesn't have to scale down the image all that much to generate a 2MP (Full HD) or 8MP (4K) video image (or throw information away in the case of many other cameras). This leads to a much more detailed image with less image artifacts compared to cameras with a higher megapixel count. From my tests, there's no moire or aliasing artifacts, and the image is detailed in a very organic way. Colors are warm and filmic out of the box and the dynamic range of this camera trumps the most other cameras in this price range.

It doesn't stop there. Unlike Canon full frame cameras you can also use lenses meant for APS-C cameras, using the built-in APS-C size capture function. This basically does a 1-to-1 crop of the sensor, allowing you to use lenses that weren't designed for full-frame cameras. Another added benefit is that you can punch in on any full frame lens, effectively giving you more tele reach on any lens. For example a 35mm prime lens, becomes a 35 and 50mm lens. A 24-70 lens becomes a 24-70 AND 36-105 lens, giving you the same range as a 25-105 lens. The image quality is the same in the APS-C crop mode, but noise is a little bit more pronounced. 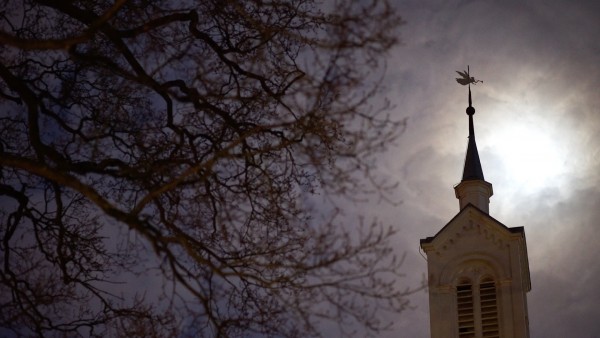 Coming from Canon, I didn't want to have to invest in a whole new lens mount, but luckily the Sony E-mount is one of the easiest mounts to adapt to. With the help of the Metabones adapter, I can continue to use all my Canon lenses. Image stabilisation and aperture control work just like with a Canon body, and autofocus works as well, albeit rather slow. If you plan to use the A7s for photography you might want to look at investing in some Sony glass, or practice your manual focus skills ;) 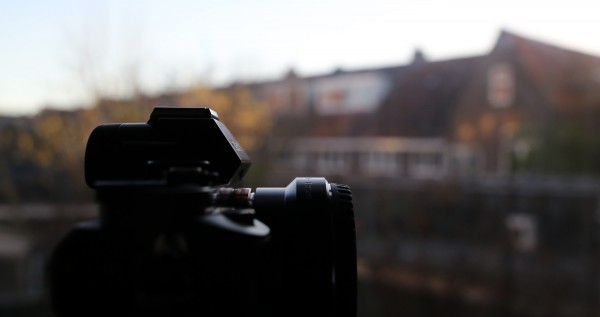 The A7s with the Metabones Canon EF to E-mount adapter.

Speaking of manual focus: the A7s features a plethora of focus aids, including focus peaking with options for setting the strength and color, as well as a function to punch in during recording. Furthermore it features zebras, a live histogram and grid lines.

The audio-department is just as fully featured, with a microphone input, a headphone jack (that even gives a nice loud signal) and much better preamps than I've seen in any DSLR/mirrorless to date. The camera has audio meters and you can even change the audio levels while recording (!!!). On top of this all, Sony released an optional XLR- and shotgun mic accessory that communicates with the camera through the hot-shoe. If it wasn't clear to you by now, Sony is very serious about the A7s as a filmmaking tool.

This brings me to another unique aspect of the camera: while it only records 1080P internally, you can record 4K over the HDMI port, making this camera even more apealing and future-proof. At the moment the only recorder that can take 4K over HDMI is the rather unwieldy Atomos Shogun, but I'm sure that in time more compact external recording options will arrive. I haven't had the chance to test the 4K quality but going by some of the footage others have shot, the 4K promises to be even more amazing than the internal 1080P.

The screen on the back of the camera, though a little small, is very sharp and detailed and has great color reproduction. I've found it easy to set accurate exposure based on what I saw on the screen. It also flips up and down, allowing you to easily view it from high or low angles. The EVF is exceptional: it has a large detailed screen and the eyecup stick out enough to be comfortable. In many situations I found it even easier to judge focus on the EVF than on the larger back screen. It really is that good.

The camera also features 50/60P and 100/120P recording options for slow motion. I found the 50/60P only a hair less detailed than 25/30P, so this opens a lot of creative possibilities. Shots of ordinary things become dreamy once you play them back a half speed. Add in a slider move and some nice music, and you've got a magic recipe ;)

In 100P/120P the maximum resolution drops down to 720P, and the image quality quickly deteriorates, with moire and aliasing artifacts becoming an issue. I can see this mode working for close up shots, with a lot of the background out of focus. Anyway, it's great to see higher framerates now making its way into more affordable cameras.

There haven't been many dislikes in my extensive testing, apart from the awkward placement of the record button on the side of the thumb-grip. Although many functions can be assigned to one of the three custom function buttons, you can't reassign record start/stop to one of these better-placed buttons. This has been one of the biggest complaints about the camera, so I wouldn't be surprised if Sony adds this option in a firmware update.

Battery life is also a weak point, but not as big an issue as some reviewers have claimed it to be. Each battery last for more than an hour of casual shooting, and Sony provides two batteries with the camera.

Like I said in the introduction, this camera makes me want to go out and shoot. I've filmed much more in the past few weeks, than I have in a long time, and that to me is the camera's biggest recommendation: it makes you want to go out and shoot. Its small size, abundance of professional features, stunning low-light capabilities, and beautiful filmic image make for a camera that has you looking for filming-opportunities all-day. And in the A7s' case: all-night as well.