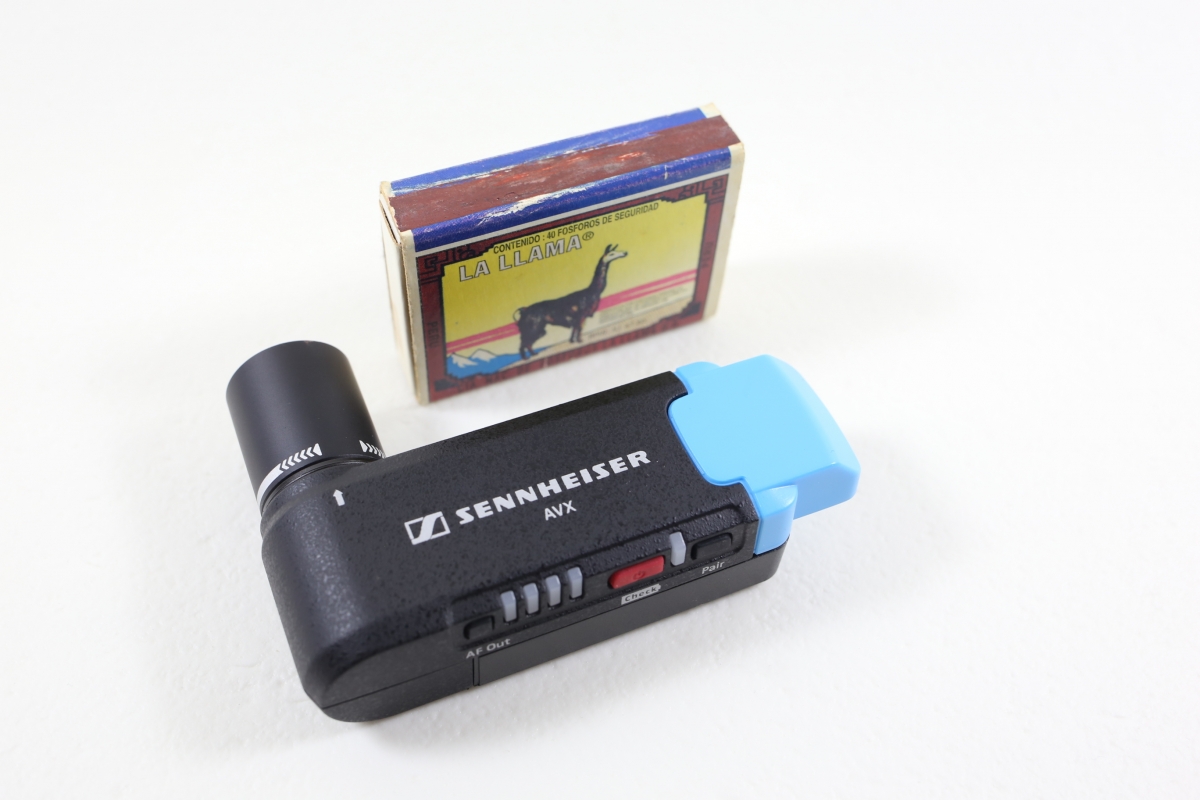 Having used the Sennheiser G3 wireless systems for years, I was enticed when Sennheiser announced a smaller digital wireless system that promised to solve interference issues and speed up the wireless workflow. With the UHF band used in the older G3 system becoming more and more crowded, the digital AVX system certainly comes as a welcome update to a system that has hardly seen any major changes since the introduction of the G2 wireless series almost ten years ago. 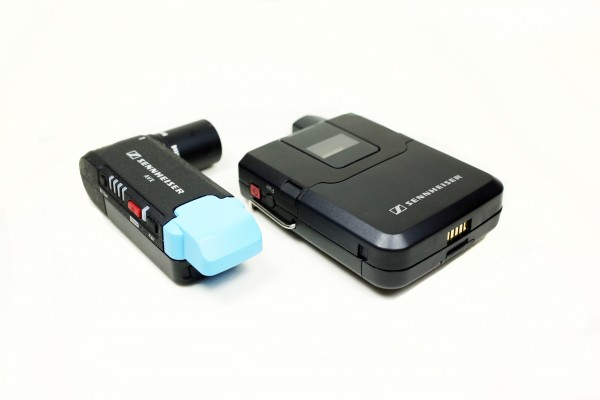 With the older G3 system you would scan for available frequencies before an interview, but if the chosen frequency experienced interference during the shoot, you would be forced to stop recording and go into the clunky menu to scan for another frequency. The AVX system aims to solve this issue by automatically and seamlessly switching to another frequency whenever interference is encountered. Because the system operates in the license free 1.9 Ghz band, legal issues are also a thing of the past. As a comparison: my old G2 system will be illegal to use in The Netherlands starting January 1, 2016 because the frequency it operates in has been sold.

Another real-world issue the AVX system claims to solve for one-man band camera-operators is the problem of unusable audio when an interviewee suddenly shouts or whispers. Sennheiser claims to have built in a system that can inaudibly adjust to the volume of the interviewee. Sennheiser has been quick to note that this is by no means an automatic gain control (AGC) system, but more like a limiter that works for both soft and load sounds and increases the dynamic range of your audio. 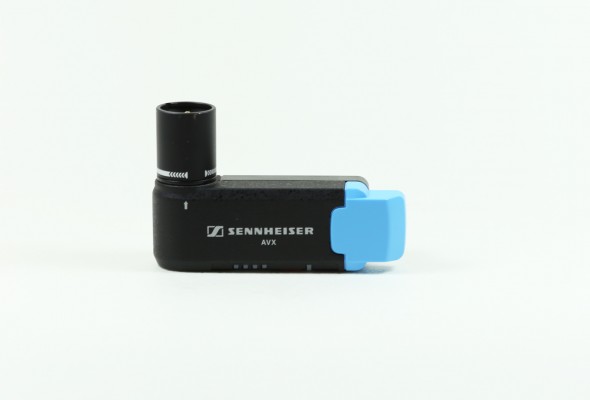 But it’s not just the internals that have changed: Sennheiser has really thought about how single camera operators use their systems out in the field, and has come up with some clever design ideas. The most striking design change is that of the receiver: where in the past the receiver was a sizable box that needed a cold-shoe to attach to your camera, the AVX receiver is a tiny little stick that can be plugged directly into your camera’s XLR-port. It even rotates to make room for other accessories and has an internal antenna. To keep size and weight down, the double-A batteries have been ditched in favor of a rechargeable Lithium-ion battery that can be replaced or even charged via USB during a shoot. Pairing sender and receiver now has been simplified to just pressing the “pair” button on both sender and receiver at the same time, and setting audio levels doesn’t involve diving into the menus either: there’s a button for that.

The waist-pack has also been modernized with a slimmer form factor, internal antenna, rechargeable lithium-ion battery that lasts about 15 hours and a small display that doesn’t show the battery time in bars but in the much more human-friendly format of hours. The handheld mic now has an interchangeable mic capsule instead of the plug-on XLR transmitter in the G3 series. In this case I prefer the old design, because it allowed you to turn any mic (also a boom-mic) into a wireless mic. With the new design you’re limited to the mic-capsules Sennheiser makes. 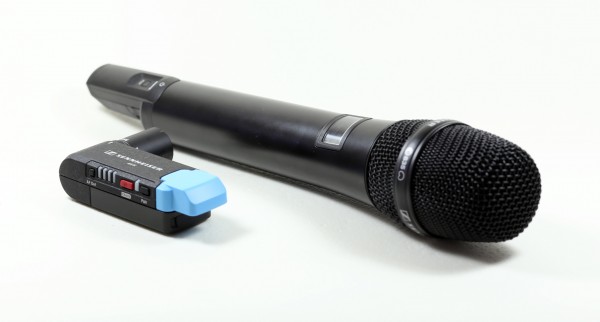 Although the first AVX set I received had an issue where sounds/transmisions(?) coming from the receiver were picked up by the microphone, my replacement copy had no such issues. Compared to the G3 system, this system is truly plug-and-play: no need to fiddle with frequencies while the rest of the crew is waiting, no worries about interference, just plug in the receiver (it powers on automatically when you power on your camera!), power on the transmitter and go. Another big advantage I found when using the system is the small size and weight of the receiver. Whenever I wanted to use two wireless G3 sets in the past, I had to add a cold-shoe bracket to attach both receivers to the camera, and the weight went up quickly. With the AVX system there’s no need for rigging, and the weight of two AVX receivers is less than the weight of one G3 series receiver! 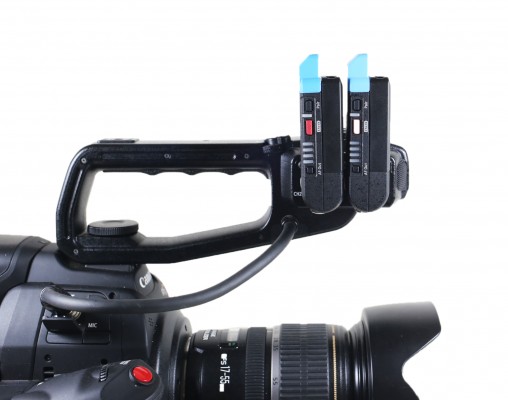 All digital systems have a small amount of latency compared to analog systems like the G3 series. Sennheiser claims the AVX system has a latency of 19 miliseconds. That’s about half a frame delay and from my testing this is not noticeable when you view your footage together with the AVX audio. It does however become audible when you combine the digital AVX system with an analog system like the Sennheiser G3 series. Because of the slight delay between the analog audio and the AVX signal, the sound becomes a little tunnel-like. So if you already own a G3-series set and wish to combine the two, be prepared to move the AVX-audio 19 ms to the left in your editing software.

In re-designing their wireless system Sennheiser shows they have a great understanding of how their systems are used in the field, and which issues users run in to. While they could have updated their successful and trusted wireless line-up by just changing the internals, Sennheiser chose to completely re-think the established wireless system form-factor. This resulted in an innovative system that truly takes away the worry from wireless.

Use the iRig PRE as a DSLR preamp

Use the iRig PRE as a DSLR preamp