My first shots with the Phantom 3, shot on a trip to Los Angeles

As a user of the Phantom 2 with GoPro, I had very much gotten used to lugging around a hefty field monitor, fiddling with antennas to get a better signal, and the countless Zenmuse reanimation plans. Not to mention the occasional GoPro crashes and GPS glitches. I was nearly starting to enjoy all of this lugging, tweaking, fumbling and fixing when DJI went and released the Phantom 3.

The Phantom 3 integrates the mess of wires, print-boards and antennas that were dangling underneath my Phantom 2 into a sleek, integrated design. Just plug in your smartphone, launch the DJI GO app, and you’re ready to fly. No more lugging around screwdrivers, wrenches, monitors or cables. I’ve been using the Phantom 3 for a couple of months now, and it has been performing flawlessly.

At the heart of the new system is the DJI Go smartphone app, which in conjunction with the LightBridge system built into the controller allows for a level of control that wasn’t possible before. With the DJI Go app you can:

The app makes flying much easier, safer and so much more fun and I applaud DJI for the wonderful job they did on the interface. It’s intuïtive and very well thought out. Some companies develop an app as an afterthought, but DJI clearly put the app at the center of their development-process. Recently DJI also moved the Phantom’s software update process into the app, vastly simplifying a process that used to involve learning the meaning of abstract beeping sounds. 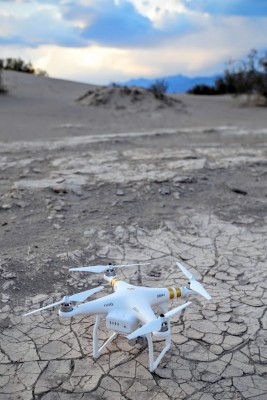 Apart from slightly longer arms, bigger motors and longer legs, the Phantom 3 itself hasn’t undergone any major changes. The remote control on the other hand received a complete overhaul and now resembles the one that comes with the Inspire 1 (minus the HDMI-output). It includes physical dials for controlling the gimbal and the camera’s exposure, switches for flight mode and camera mode, a record button, and a number of assignable buttons. It also comes with a built-in smartphone-/tablet mount, so no more finicking with wonky third party solutions.

The other major change is of course the integrated 4K camera. DJI decided to stop sending their customers to GoPro for a camera (a smart move now that GoPro is planning to build their own drones) and develop their own camera. Previous efforts like the camera on the Phantom Vision+ couldn’t really compete with GoPro image-quality wise, but the camera on the Phantom 3 is a huge step up from those humble beginnings. Right now I even prefer it over the GoPro Hero 4. Though the camera does seem to have issues with large detailed green surfaces (erhm, I mean, grass…) the colors are clearer and less mushy than the GoPro, and the camera is much better in low light. The GoPro becomes very noisy at everything above ISO 400, while the camera on the Phantom3 can go up to ISO 1600 without many issues. Apart from low light performance, both cameras are actually very comparable, but for many users the convenience of the integrated camera/smartphone system will be the deciding factor. 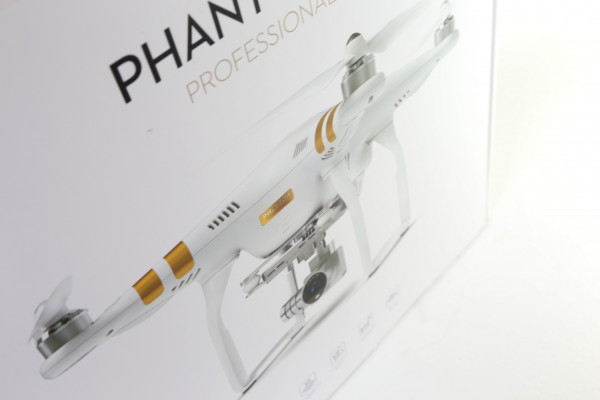 From their product- and packaging-design to their advertisements, you really get the feeling that DJI is looking closely at Apple. And just like Apple, DJI moved the development of all hardware- ánd software in-house for the release of the Phantom 3. This has not only paid off for DJI, but even more for Phantom users. The flying-experience vastly benefits from the fully integrated system that DJI has been able to make by controlling every aspect of the product. The Phantom 3 is by far the best consumer drone at the moment, and with the recent release of the intelligent flight modes, it will be for the foreseeable future.

How to update the Phantom 3's firmware?

How to update the Phantom 3's firmware?