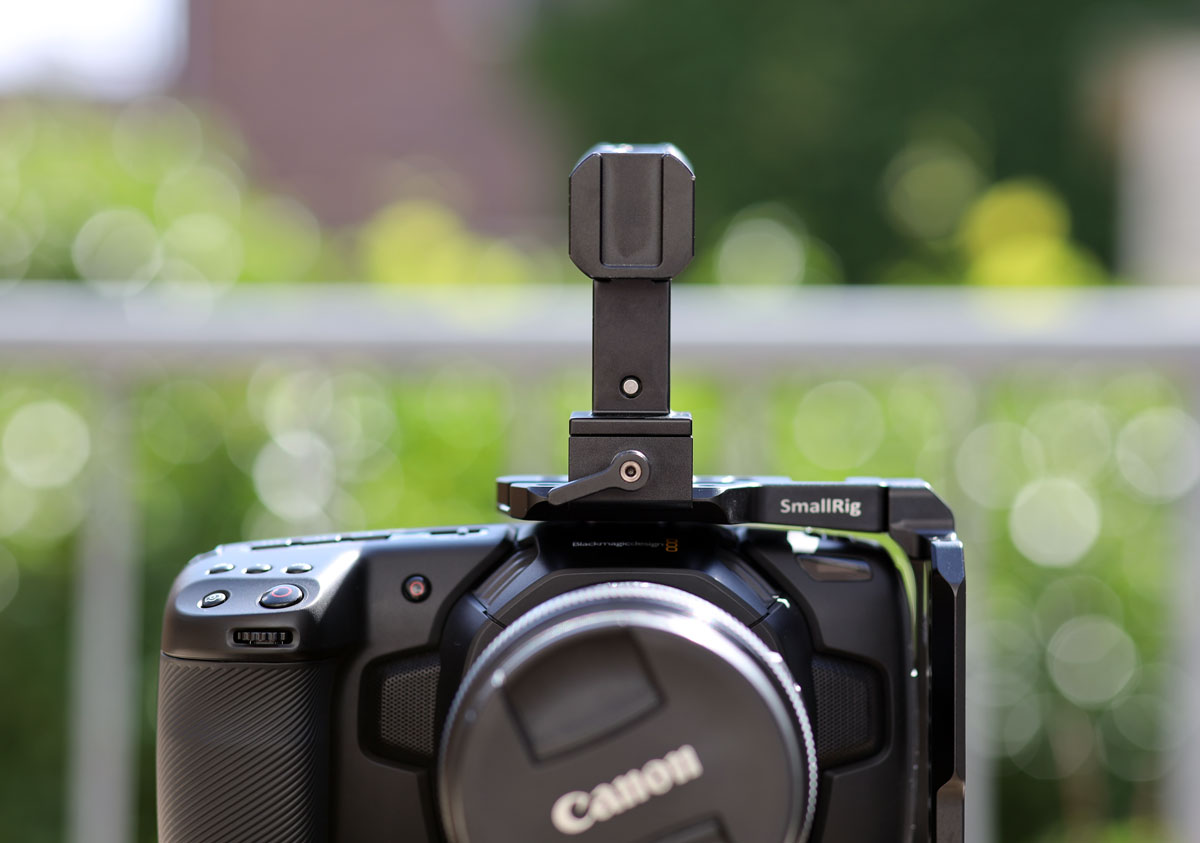 The Blackmagic Pocket Cinema Camera 4K (BMPCC4K) is a very capable camera with its 13 stops of dynamic range, 10 bit ProRes and 12bit BRAW recording, XLR inputs and stunning image, but like any Blackmagic camera it does have its issues. I’ll go over 3 of the biggest problems and how you can fix them.

The most common complaint of the Pocket 4K is the mediocre battery life. The screen, processing and heat dispersion all need lots of juice, and those tiny LP-E6 batteries can hardly keep up. In my testing, I went through a battery every 30-40 minutes! Although firmware updates have slightly improved the reliability of the batteries, performance is still mediocre at best.

To make matters worse: the battery indicator on the BMPCC4K isn't all that reliable, with the camera sometimes shutting off when the indicator still shows there's enough juice left. The most reliable way of gaging battery power is to switch the indicator from percentages to volts (by tapping on it), and swap the battery when the level goes below 7.4 volts...

The simplest battery solution right now is to just buy a lot of Canon LP-E6 batteries. This keeps the camera small and light, and keeps the amount of wires dangling from the side of your camera to a minimum. Ironically, the battery that came with the BMPCC4K isn't all that good, and I also had some issues with the 'Jupio' branded ones. I found Wasabi batteries and genuine Canon LP-E6 batteries to be the most reliable. The newer, LP-E6n batteries also provide slightly longer run times.

If you already use an external monitor like the SmallHD Focus, the Swit CM 55C, or Feelworld F6, you can get an dummy LP-E6 battery, which allows you to power the camera from the monitor's bigger battery, while keeping your rig lightweight. Some monitors (like the SmallHD Focus) even allow you to hot-swap the batteries. Gimbals like the Moza Air 2 can also power the camera through the 2-pin power plug on the side of the Pocket 4K. 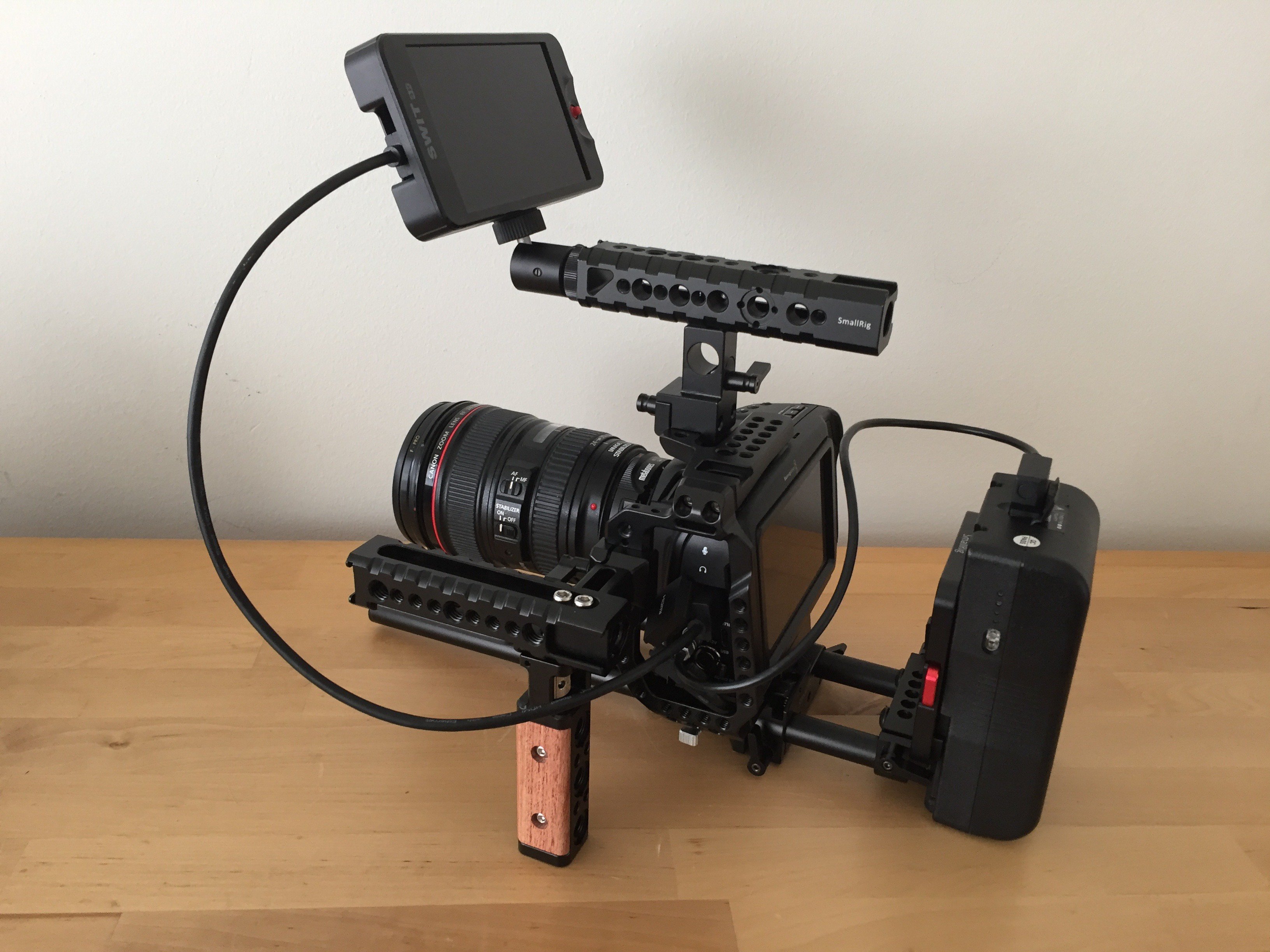 If you already own an URSA mini or any other camera that uses V-mount and don't mind a little rigging, you can also get a D-tap to 2-pin lemo cable, and power the Pocket for hours from a single v-mount battery. Another option for powering the Pocket 4K is the Core Powerbase Edge: a V-mount battery that you can srew directly under your camera and features two D-tap- and two USB ports. Because it’s a V-mount battery, it’ll also work on the URSA or any other V-mount-powered camera.

Although the BMPCC4K has a wonderful 5 inch 1080P touch-screen, making it easy to navigate the menus and get critical focus, the fact that you can’t tilt it quickly becomes awkward when shooting low angle shots. Also, with a brightness of just 500 nits, it's pretty hard to use in direct sunlight. I more than once had to resort to old-school techniques like putting your jacket over your head and over the camera... :-S If you shoot outside a lot or at low angles, you really need an external monitor or EVF. 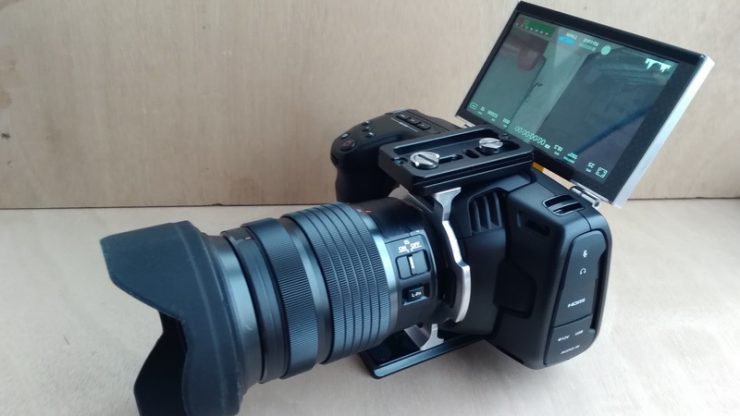 Someone found a solution for the Pocket 4K's lack of a flip-out screen...

I would recommend an external monitor with at least 500 nits of brightness (the same brightness as the Pocket 4K's screen). If you shoot outside in direct sunlight a lot, take a look at a brighter monitor like the SmallHD Focus (800 nits) or the Atomos Shinobi/Ninja V (1000 nits). Even though the Pocket 4K already comes with lots of excellent focus- and exposure tools built-in (peaking, tap-to-zoom, histogram, zebras, false color), it doesn't have waveforms or a vectorscope, so that's another benefit of going with an external monitor.

Like most cinema cameras, the BMPCC4K doesn’t feature any sort of internal stabilization, so if you’re going handheld, you need to some other way to stabilize your footage. Luckily the rolling shutter on the Pocket 4K is very minimal, which really helps when trying to stabilize shots in post.

The easiest way to stabilize your handheld footage is to get a stabilized lens, like the Panasonic 12-35 F2.8 or Olympus 12-100mm F4 IS PRO. If you use a speedbooster the Canon 24-105 F4 IS or 35mm F2 IS are excellent choices (among many others). Going with a stabilized lens allows you to keep your setup small and inconspicuous, but they’re not really suited for walking shots. If you want more versatility and cinematic movement in your shots, getting a gimbal might be the best option.

The BMPCC4K is lightweight, but because of its awkward wide shape and different weight distribution, the Pocket 4K doesn’t fit on most of the smaller gimbals. I tried it (with some modifications) on the original Zhiyun Crane, and that thing intermittently just gave up. Even the gimbals that are known to work with the Pocket 4K, will not work without some modifications. The DJI Ronin S is a good option, but you will need to use the extender plate that comes with the Ronin. And once you add the extender plate, the camera will be slightly slanted. Eventually I found that the best solution is this Smallrig offset plate for the Ronin S and Zhiyun Crane 3: 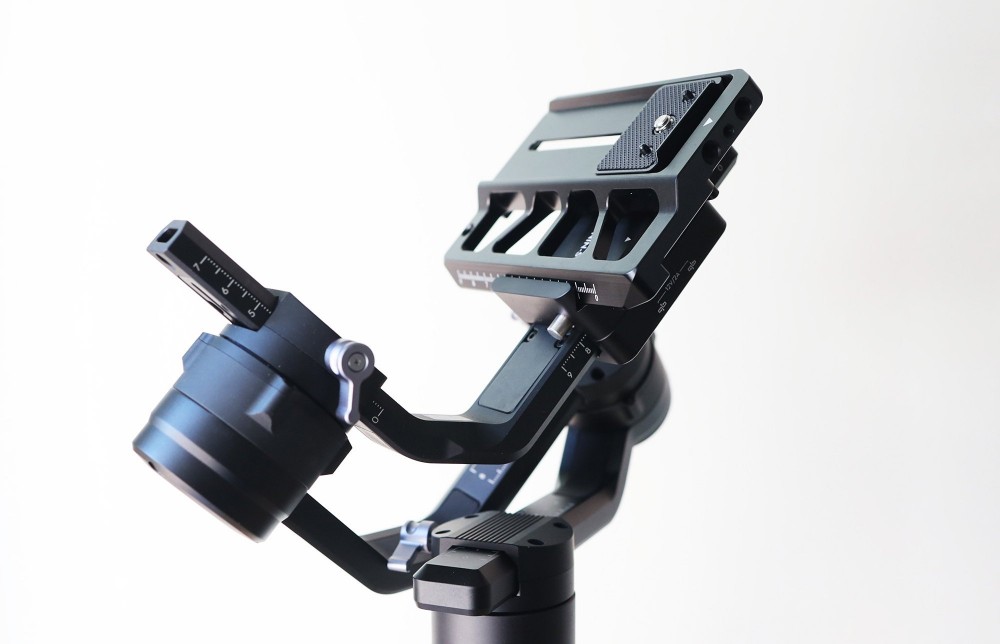 The gimbal that probably works with the least amount of tweaking is the Moza Air 2. This gimbal was created after the Pocket 4K was announced, and has a wider profile to account for the shape of the pocket. Another benefit of the Moza Air is that you can power the camera from the gimbal (using the Blackmagic Cable Pack). The gimbal has battery power to spare, and extra batteries are pretty cheap.

The Blackmagic Pocket Cinema Camera 4K is priced ridiculously low for what it offers, but you will need some extra accessories to get it fully working. Depending on your workflow, the cheapest option would be to get more batteries, a bright monitor and a stabilized MFT lens. Or get a gimbal that supports powering the camera, and save on batteries and stabilized lenses!

Remarkable camera with some quirks

Remarkable camera with some quirks