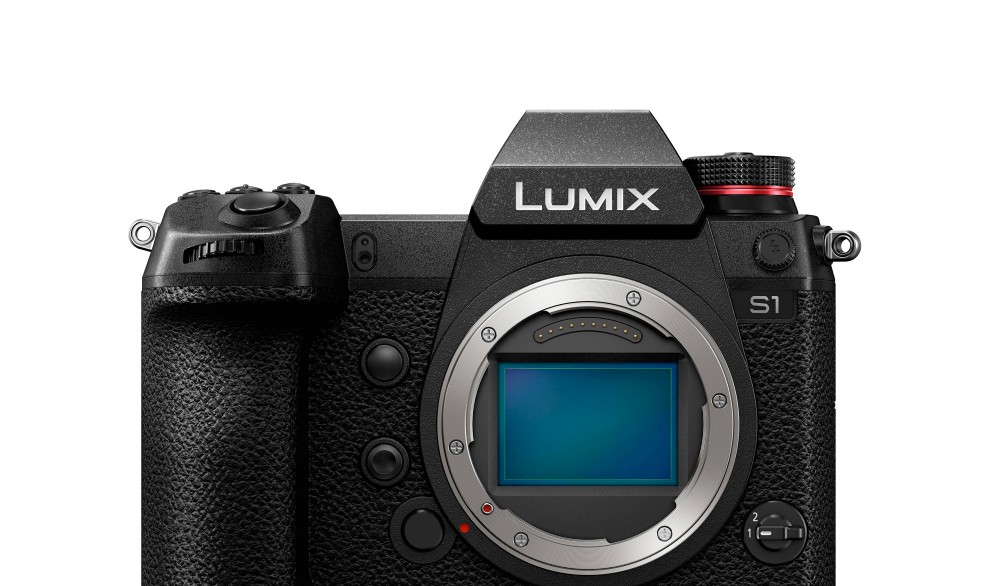 It’s starting to look like the Panasonic S1 might be the bargain of the year for filmmakers, especially compared to the S1H, which is more than double the price. The reason for this is that it’s becoming more and more clear that the S1 ‘secretly’ shares a lot of the advanced features that Panasonic claims are unique to the S1H! There’s of course the official V-log update which unlocks 10 bit 4:2:2 internal recording, but now S1 users have discovered a hidden 6K mode, and the existence of Dual Native ISO on the S1! Let’s dive in.

In July 2019 Panasonic released a paid upgrade for the S1, which brings the video spec of the S1 more in line with its bigger brother. There’s full V-log (not V-log light like in the GH5), 10 bit 4:2:2 internal recording, a waveform display and support for in-camera LUTs. Add to that the Varicam color science and 5-axis IBIS, and this camera is already leaving a lot of the competition behind. But it gets even more interesting if we take a look at the specs Panasonic didn’t officially announce.

6K recording on the S1

Although the main selling point of the S1H is its 6K recording capability, via an option buried deep inside the menu the S1 can indeed shoot open gate 6K with sound! It’s just that Panasonic named it differently on the S1! If you go to:

By default, the 6K photo mode is assigned to mode 'II' on the burst-shooting dial (the dial below the mode dial on the left-hand side of the camera). Activate that mode and press the shutter to start recording.

Once you stop recording, the camera will ask you to choose a frame to export, but if you exit that menu the whole video file will be saved in h.265 format. The only limitations of this mode compared to the S1H is that you can only record at 30P and for 10 minutes at a time in burst mode. 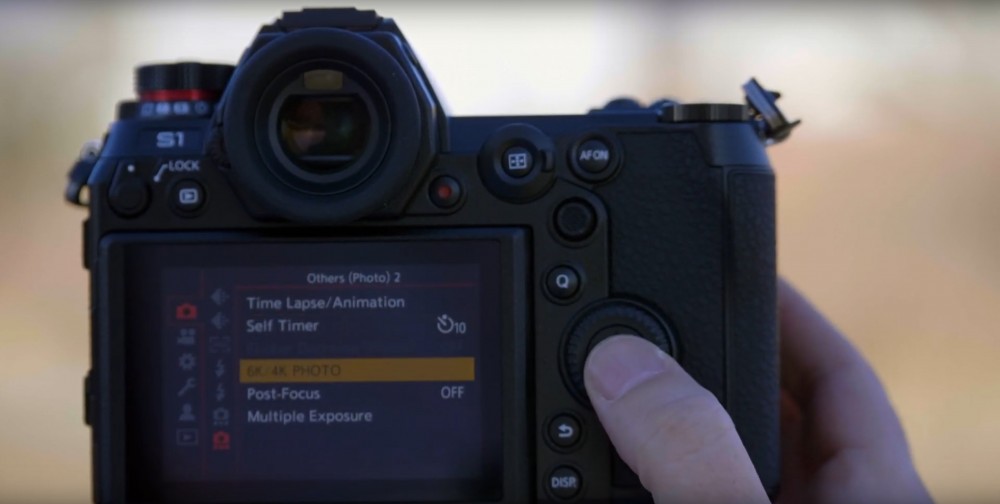 Dual Native ISO on the S1?

Another selling point of the S1H over the S1 is the Dual Native ISO at 640 and 4000. But, as YouTuber Andy Trace discovered: the V-log update also seems to activate Dual Native ISO on the S1! Look at the image below: on the left is the noise performance at ISO 3200, and on the right the noise performance at ISO 4000 (both shot in V-log). As you can see, at 3200 ISO the image is quite noisy, and at 4000 (apart from the dead pixel) it’s super clean! 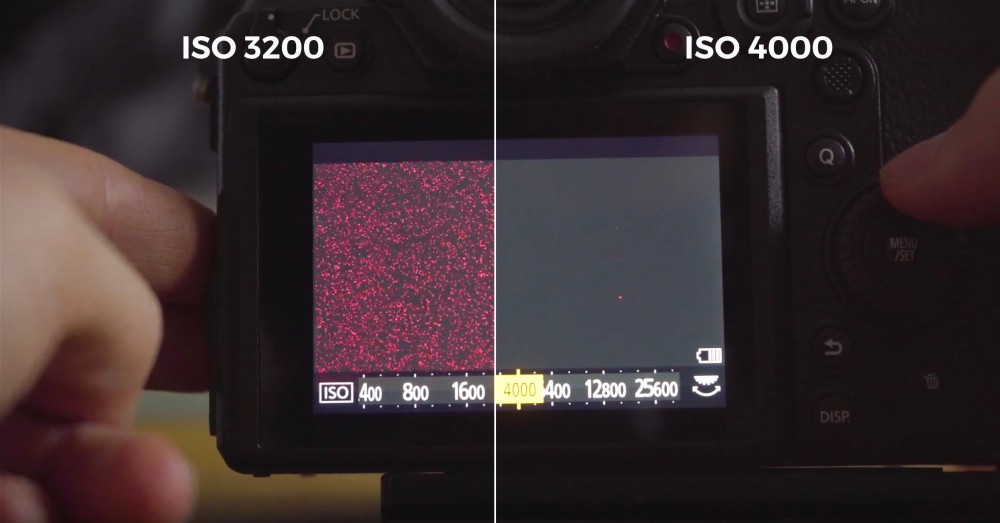 It's hard to say why Panasonic didn't actively market these these features on the S1. The most probable explanation would be that they don't want to steal any of the S1H's thunder. Of course, if you need unlimited record-times, the ability to record ProRes RAW externally, or prefer the bigger body and flip-out screen you should certainly consider the S1H, but if 6K or the Dual Native ISO had you on the fence, the S1 has just become a great option at half the cost!